Every year for my dad’s birthday he requests homemade German Chocolate Cake but this year he had a knee replacement a few days before his birthday and was in no shape to enjoy his favorite dessert. A few weeks after his birthday when he started feeling better I put a twist on his favorite cake and took it over for dessert one night. Instead of a homemade cake I used a box cake mix and combined it with omemade Coconut Pecan Frosting to create the most amazing German Chocolate Cake Balls! 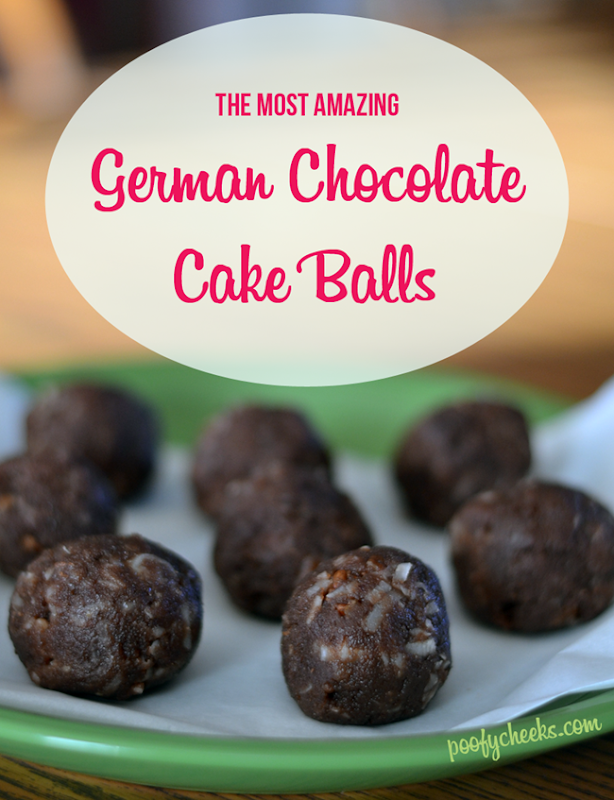 The cake balls were moist, delicious and addicting. The recipe made around 30 cake balls so there were plenty to enjoy that night and a few nights after! The full recipe is at the bottom of the post but here is what I did – I bought a German Chocolate cake mix from the store and made it according to the directions on the box. Once the cake was finished I allowed it to cool. I cut around the edges of the pan as you see below and put the middle part of the cake into a large bowl. While the cake was cooking I mixed up the frosting and also allowed it to cool. 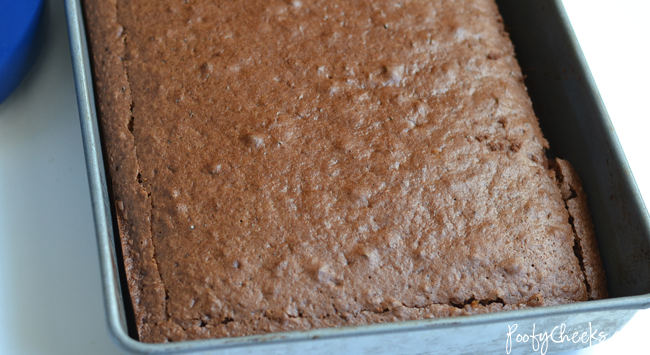 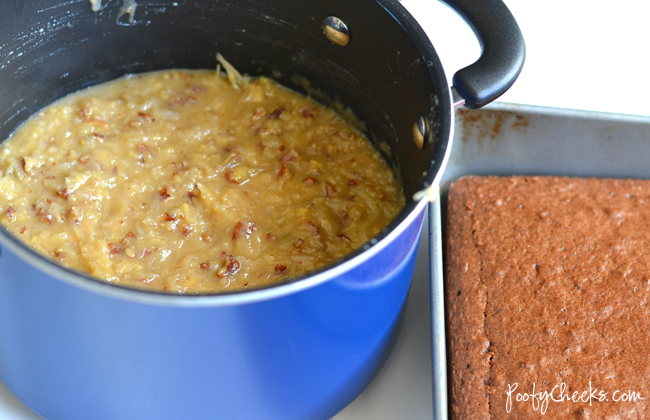 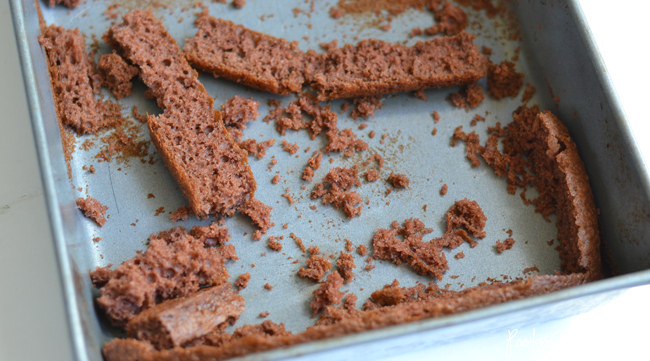 Once both the frosting and cake were cooled I but them into a large bowl and mixed them together. The frosting will hold everything together. Once mixed put the bowl into the refrigerator for about one hour. This will allow the mixture to firm up and make it easier for you to roll into balls. 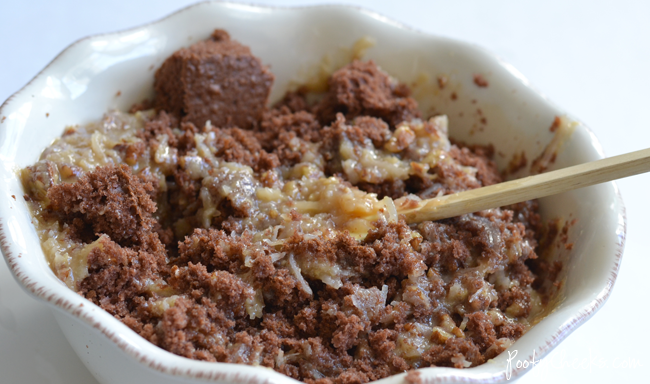 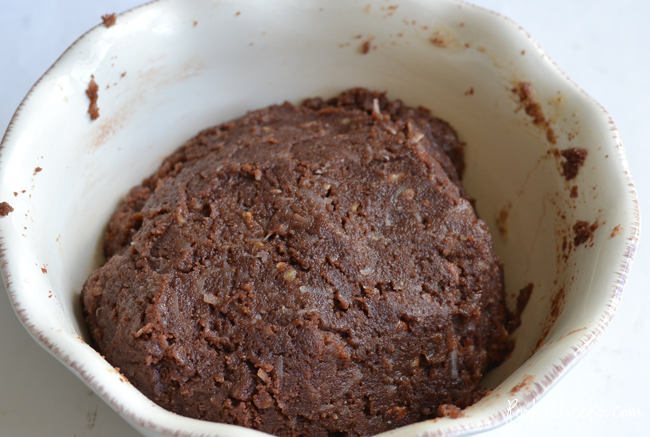 After about an hour remove the cake mixture from the refrigerator and use a spoon or ice-cream scoop to scoop the cake and roll into 1-2 inch balls. Place the rolled balls onto parchment paper and refrigerate in an air-tight container until ready to serve! 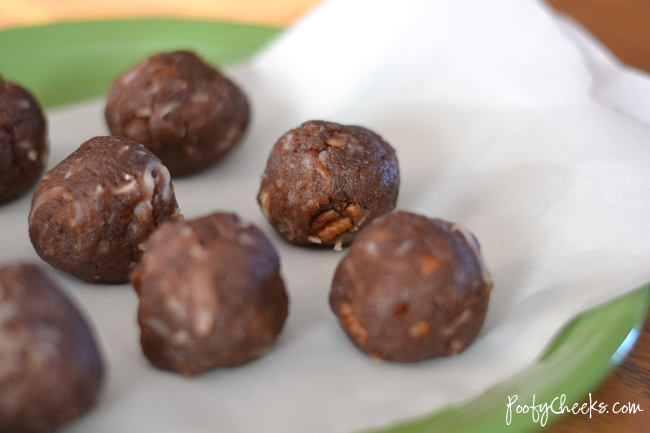