Last weekend we hosted our son Wyatt’s 6th birthday party. He went from wanting a pirate party to a lego party to a superhero party and a bunch of ideas in between. When he picked a superhero birthday party I told him he wasn’t aloud to change his mind again! Like most all of our birthday parties we had it at our house with friends, family and one of his friends from school. After promising my husband I wasn’t going to get him any more lima dad cards and throw anymore crazy parties I brainstormed a way to make his party fun, memorable, easy and BUDGET friendly. I came up with the idea of ‘create your own superhero’ where the kids would get to color their own cape and mask. They could each come up with their own superhero name, superhero strength and superhero weakness. 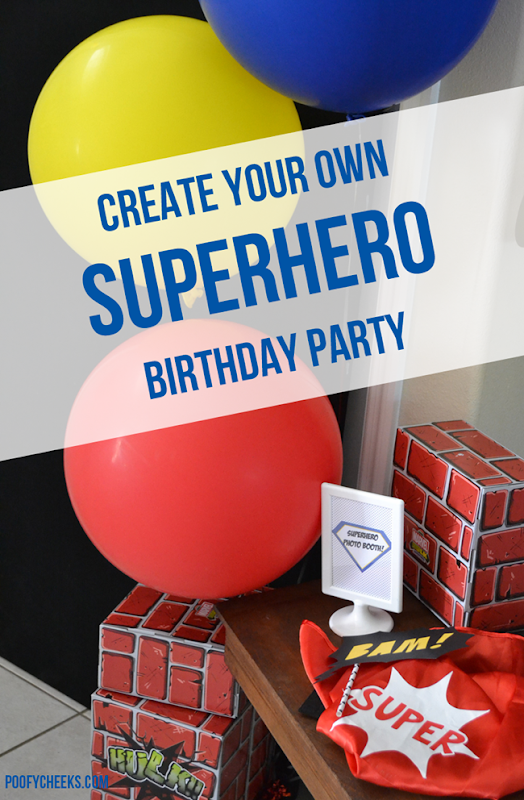 All together I spent around $150 on everything I needed from invitations to food. I cut back on costs by making my own cupcakes, veggie tray, chip dips, punch and printables. I printed and cut out masks onto cardstock and cut the capes from white poster board. I bought a few sheets of red, blue and yellow cardstock and used my Silhouette Cameo to cut out a banner, cupcake wrappers and photo booth props. Then I shopped my house and party supplies from past parties to find extras – one of the main things was turning the rootbeer stand from Mason’s Wreck It Ralph party into a newspaper stand for the cupcakes. 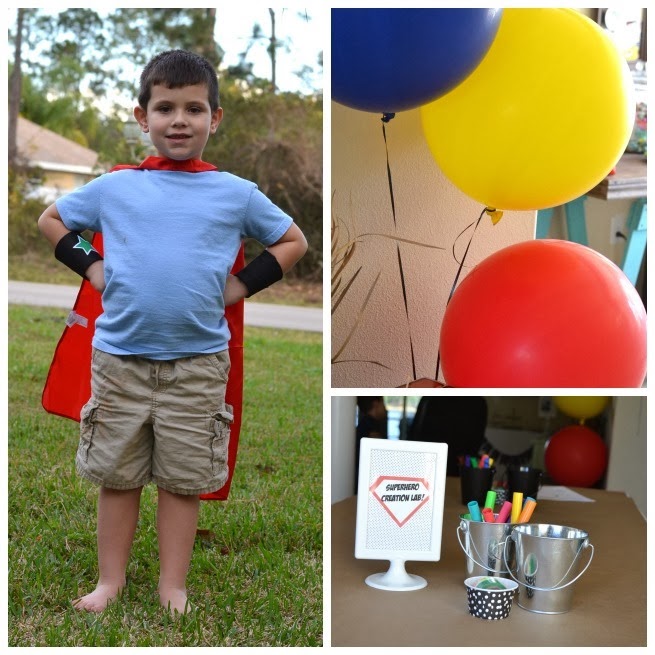 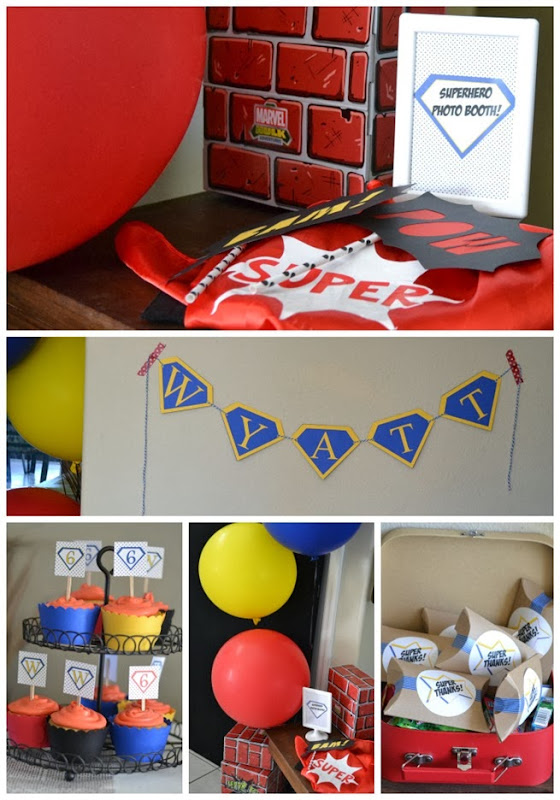 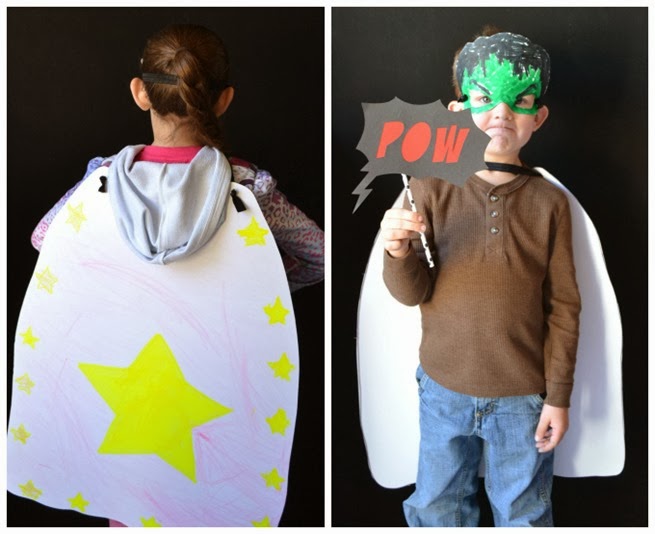 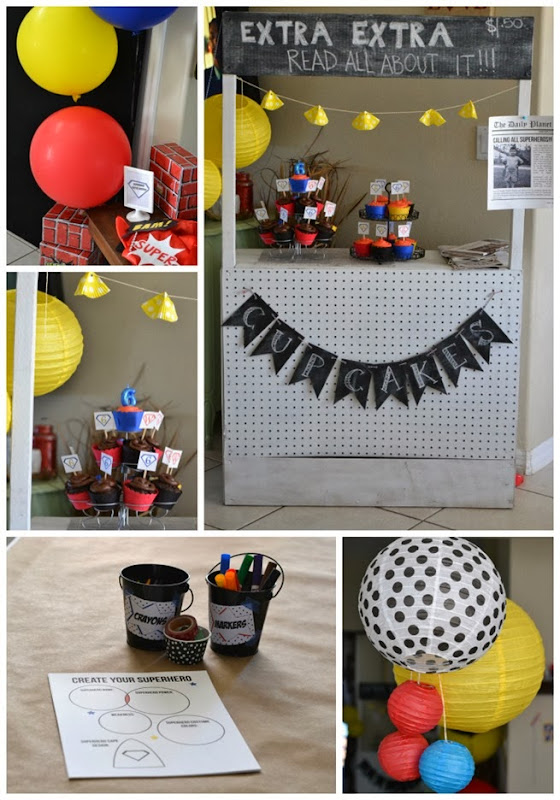 Wyatt loved the party and the boys have been wearing around their masks most of the week. Thanks to my husband for making me realize that a great and memorable party doesn’t have to be a huge ordeal with lots of money and stress poured in! I didn’t start planning the details until a few weeks before the party and tried to tackle one thing each night before so on party day all I had to do was frost cupcakes, prep the food and do some last minute cleaning around the house before guests arrived. As always I wish I would have had more time to visit with friends we don’t get to see very often but Mike is in charge of being Mr. Social! Oh and guess who won the title of Superhero Lovebirds… Delilah and our friend’s son were hugging and kissing on my dad’s lap. They had everyone cracking up! 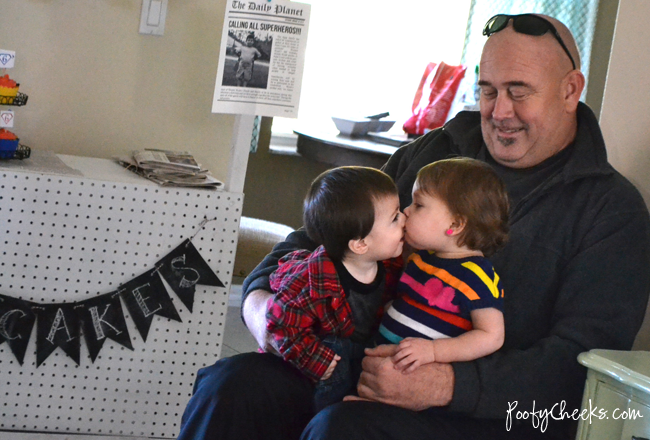 Lovely post on Superhero Birthday Party! Thank you very much for sharing these photos. We are thinking to host birthday party for our daughter at her favorite venue Houston TX. Will be having fairy theme for this party.