French Onion Soup Recipe. This post contains affiliate links to products I use and recommend. By making a purchase I may receive a small commission.

This is my momma’s recipe for French Onion Soup and the pictures don’t even give this bowl of soup justice. If there was internet-smell-o-vision you would be in french onion soup heaven right now. Everyone who has had it (besides for kids who are repelled by the word onion alone) raves about this soup! I don’t make it often because my kids are the ones who turn their noses up at the word onion but when I do my husband and I can’t get enough of it! Forget the kids – we serve them a can of soup and devour a whole batch on our own! 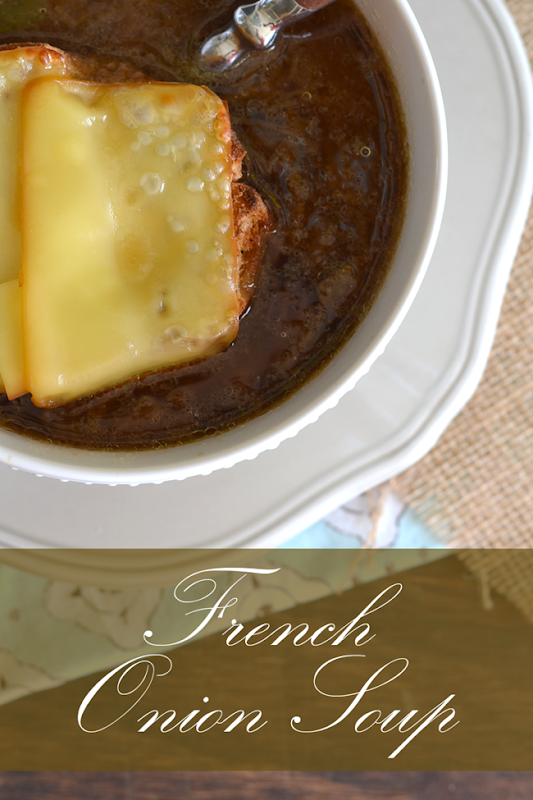 The recipe calls for vermouth – there are two kinds which you will find at the liquor store and you want the dry vermouth and not the sweet. This bottle cost around $5 and since the recipe only calls for 1/3 of a cup it will last through quite a few batches. 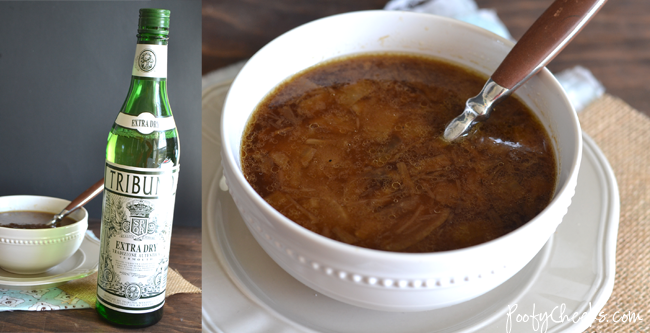 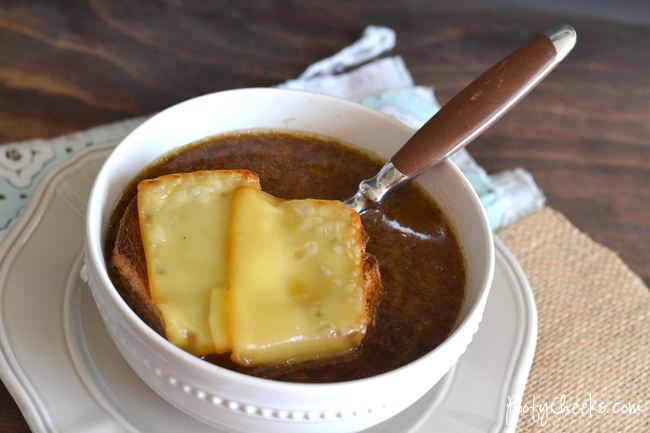 The melted cheeses are my favorite part of this soup. I start with an oven-safe bowl or crock. I put a pinch of mozzarella cheese in the bottom of the bowl and then ladle in the soup. After that I place the toasted French bread slices with a slice of gruyere over top. Stick the bowl of soup under the broiler just long enough for the gruyere cheese to melt.

If you aren’t a fan of gruyere cheese you can also use sliced mozzarella or swiss. I’ve tried it with all three types of cheeses and none of them disappoint. 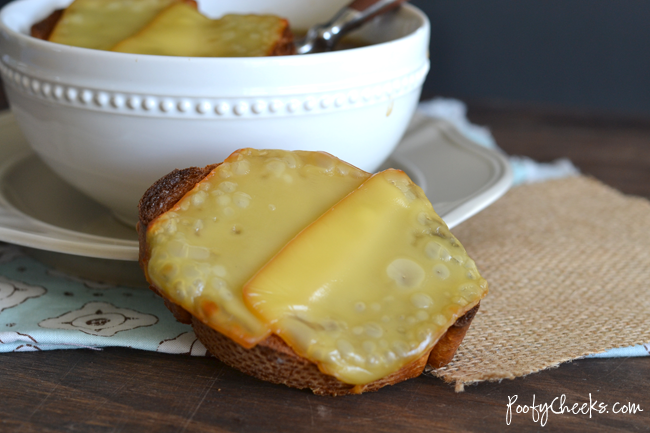 Do you see that bubbly cheese goodness!? Dunk it in a bowl of this soup and I promise bread just got even better than ever! 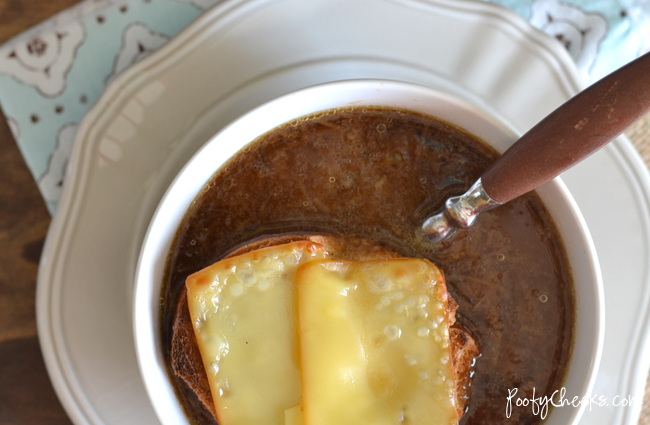 Other Soup Recipes from Poofy Cheeks 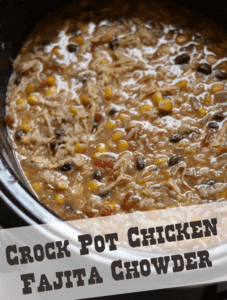 Erin @ In Between Laundry

Sounds so good! I'm adding this to the menu this week. Thanks, Kelsey!

This has always been one of my favorite soups. When eating out I always chose places that served this soup as my appetizer. Yum! But...I have been diagnosed with gluten allergy so this soup isn't any longer on my list. Thanks for the recipe. I will share it with my friends.