I am a member of the Collective Bias®  Social Fabric® Community.  This shop has been compensated as part of a social shopper insights study for Collective Bias and it client. I, Kelsey, do solemnly swear that all opinions are my own and that the birthday cakes at walmart are off the chain! #DreamParty #cbias

Mason’s birthday was a few weeks ago and if you follow me here or on facebook or instagram then you probably know we had a big Wreck it Ralph party for him. That party was not on his actual birthday though, it was a few days before. Since he is four and we had other family in town that didn’t make his party we couldn’t let his real birthday go unnoticed. I also wasn’t going to put myself through some huge ordeal of a party again either. I decided to go the easy route and buy the cake and decorations to easily throw a birthday breakfast party together before we hit the beach for the day with our visiting family. 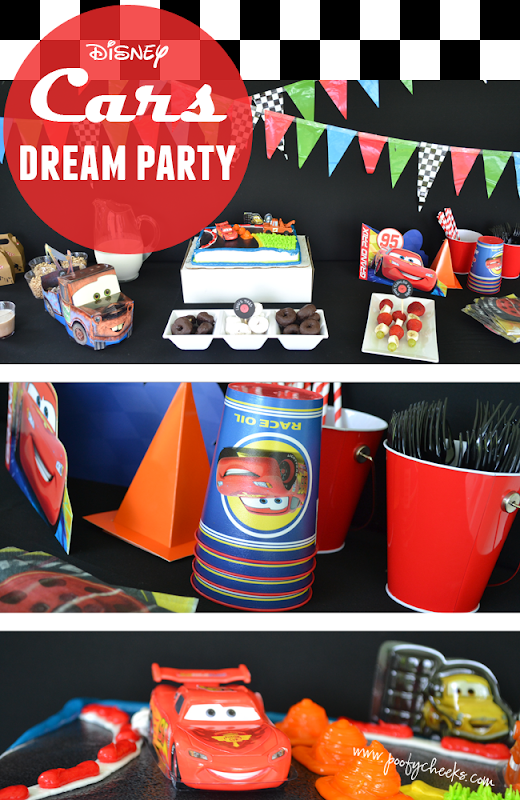 I headed to Walmart to buy Disney Cars birthday decorations from the Hallmark party line. Cars is one of Mason’s favorite movies and if it were up to him we would watch it every.single.day! I knew he would be so surprised when he woke up on his birthday to find our dining room decked out with Lightening McQueen and Mater. Sometimes Mason tells me his name isn’t Mason anymore  – it is Mason McQueen. Then when I slip up and forget the McQueen part he reminds me I said his name wrong. 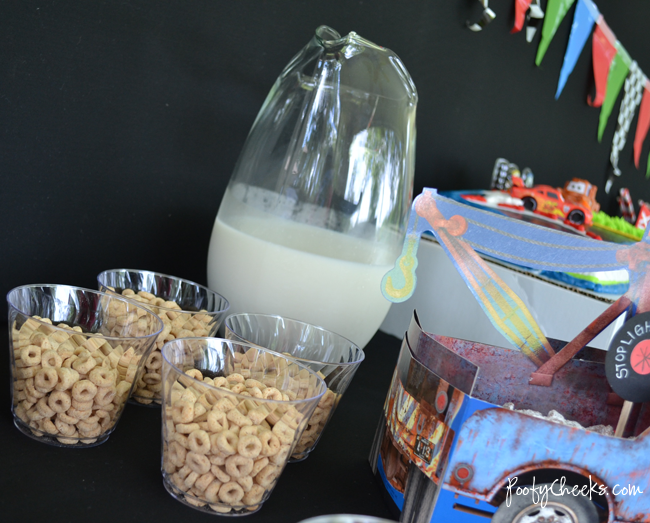 After every party I have for the kids I ask myself why I put myself through the planning, crafting, cooking and cleaning for a party that only lasts a few hours. He rolls his eyes and says he has no idea. He says I would save myself a lot of headache by just buying everything and then I agree but the next time around I end up doing some crazy party anyways – me and my big ideas! This cars party just might have converted me though! I was able to go up to Walmart and grab all of the food we needed for our company, all the decorations, another small toy for him to open and order the cake in one trip. The night before his party I went back to pick up the cake and came back home to decorate the dining room which took me a couple of hours (rather than weeks). The selection of decorations ranged from plates, napkins, cupcake holders, streamers and invitations all the way to coordinating tablecloths and party favors. 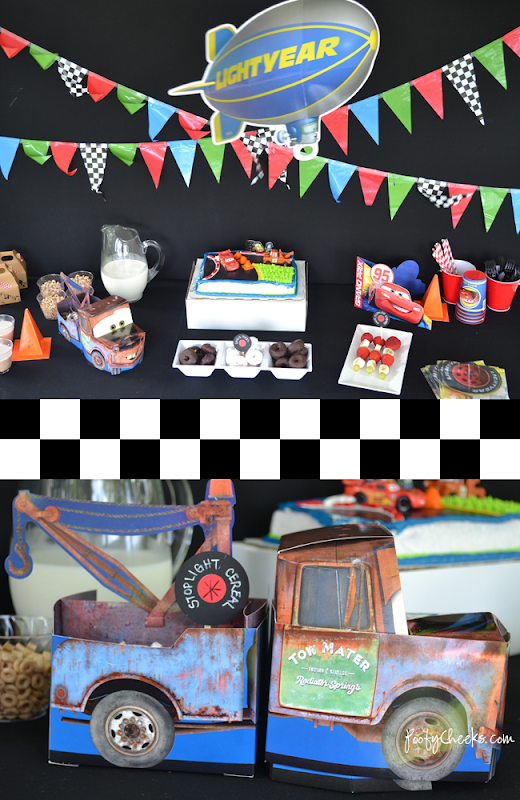 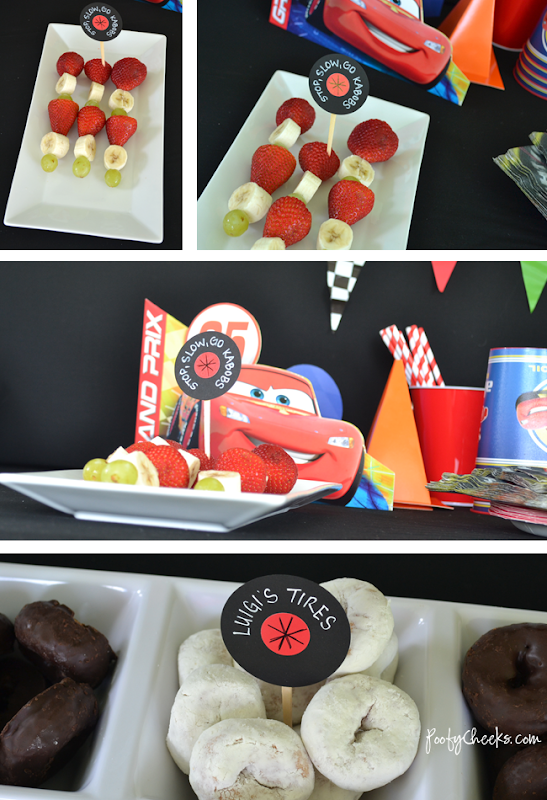 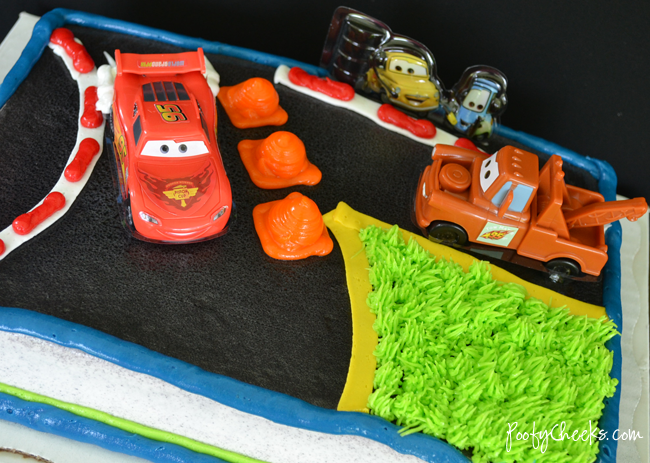 On the morning of his birthday I woke up an hour early to make a fresh batch of muddy buddies that became stoplight cereal with the addition of red, yellow and green sixlet candies. I put some packaged donuts into a dish as Luigi’s Tires, poured cereal into individual cups, squirted chocolate syrup into cups for motor oil milk and put strawberries, bananas and grapes on skewers as stop, slow, go skewers. Seriously it was the easiest thing and now looking at the pictures I like it even more than some of the parties I have slaved over! Dare I say my husband is on to something here? 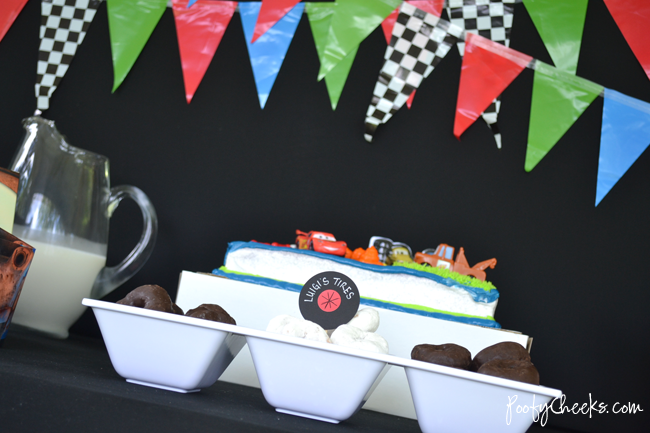 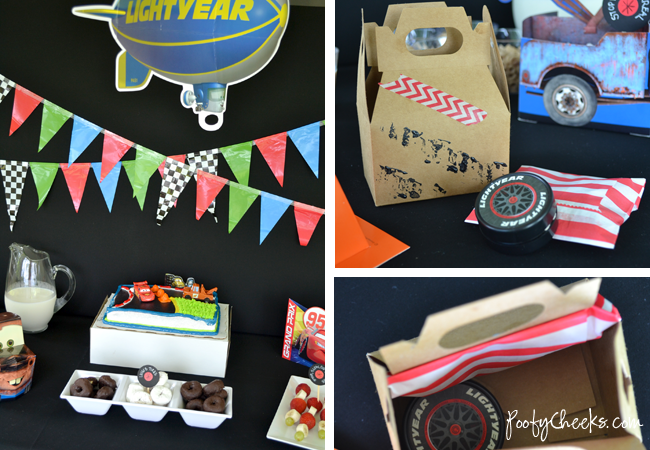 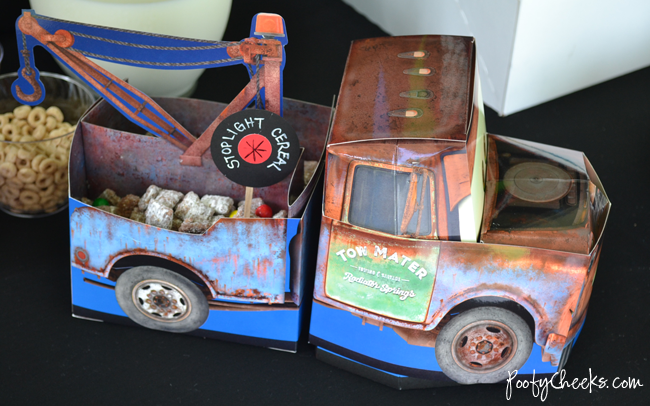 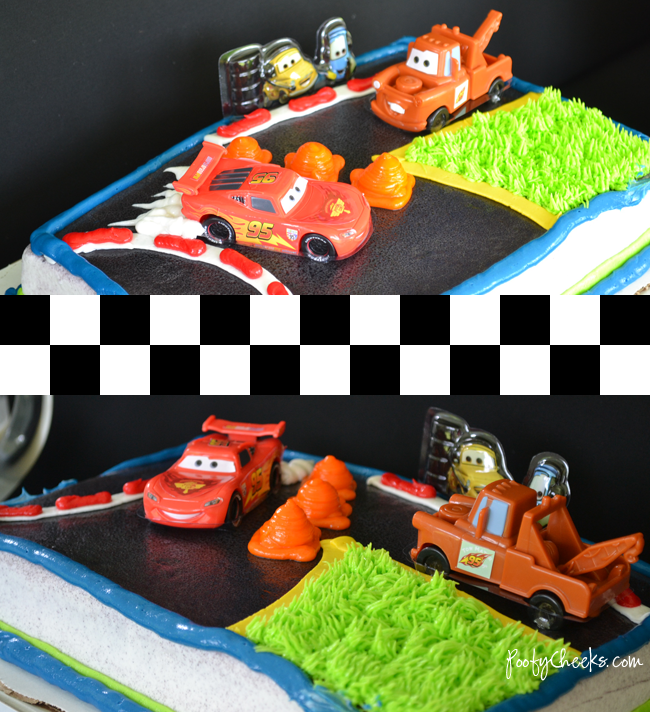 The cake was amazing and our guests couldn’t believe that the Walmart bakery did such a great job. We ordered a marble cake with buttercream frosting which was super moist and yummy. For some reason the kids were so excited to eat the orange cones off of the cake! 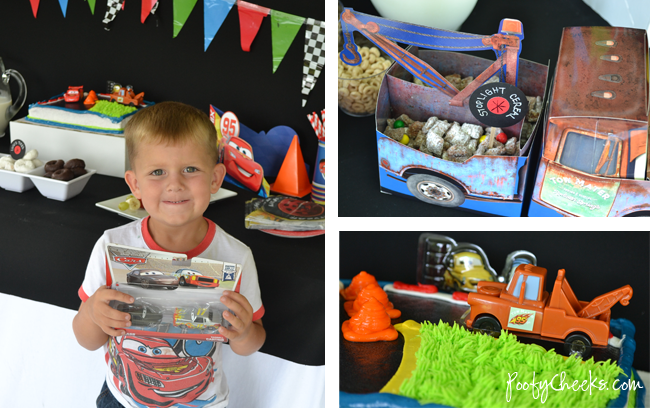 I think my favorite part was the Mater that opened up to hold party food. Mater is my favorite character anyways – have you seen Tow Mater’s short film with Mater’s Tall Tales? Hilarious!! What is your take on throwing a birthday party – handmade, store bought or a mix?
Enjoy,

Hey Marlishia! I got it from Target about a year ago. Not sure if they still have them or not :)

This is adorable! I love it! I only have little sisters, but now I really wish I had little brothers so I could throw this party for him!

:) Sisters are fun too! Princess and dress up parties!

What a fun party! I'm sure he loved it--I know my little guys like anything Cars-themed! I popped over from I Heart Nap Time--thanks for sharing!