My best friend is my husband. 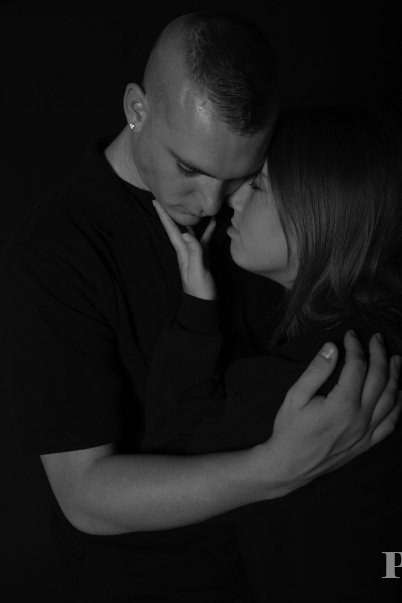 I met Mike through a mutual friend.
My friend Kelsi (yes we have the same name) and I were going to go out to Olive Garden for dinner together.
Kelsi and I waitressed together and she had to work that afternoon, but I was off.
I met her at the restaurant where she was still serving a table.
There were six guys at the table and one of them happened to be the guy she was dating.
Since she knew them all – she introduced me and I sat down with them until Kelsi’s shift was done.
A table with one girl and six guys – you can imagine how this went.
I was being bombarded with questions like – ‘are you dating anyone?’
There was one guy at the table who caught my attention in particular.
He caught my attention because he had his septum pierced and a HUGE skull ring hanging from it.
I will refer to it is a door knocker!
This guy was funny though – and when I asked him what he did he said he was a deputy sheriff.
I responded ‘yeah right!’
A deputy sheriff with a door knocker? Not likely!
He turned to the table of guys and they confirmed that he really was – so I said ‘do you want to get married?’
It was a joke – I am the daughter of a law enforcement officer and have a thing for guys in uniform. 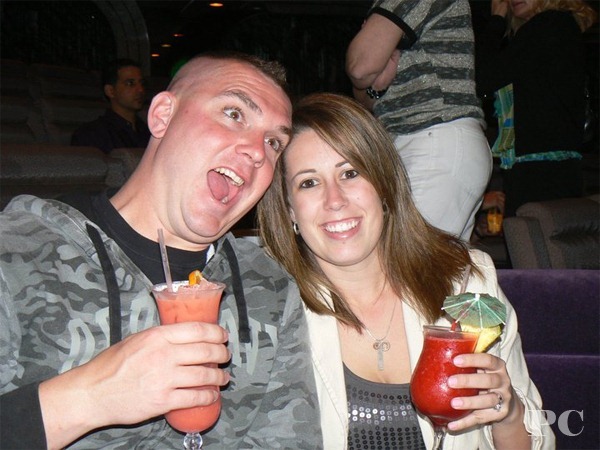 Kelsi came and asked if I minded if Mike and her boyfriend came with us to dinner.
I said that was fine.
After Kelsi got off work the four of us headed to Olive Garden.
I remember this like it was yesterday – Mike was making me laugh over and over.
I’m not a shy girl when it comes to food – I EAT!
When I polished off my meal he was amazed – ‘a girl that actually eats’, he said.
We were having such a great time – but we each lived over 30 minutes in opposite directs.
From that point we were inseparable.
One of us was driving the hour and fifteen minutes to see the other everyday.
I moved in with Mike after 2 months.
We had a joint bank account after 3 months.
A few weeks before our year anniversary he proposed to me.
Two weeks later we found out I was pregnant.
Four months after that we were getting married on a beach in Key West. 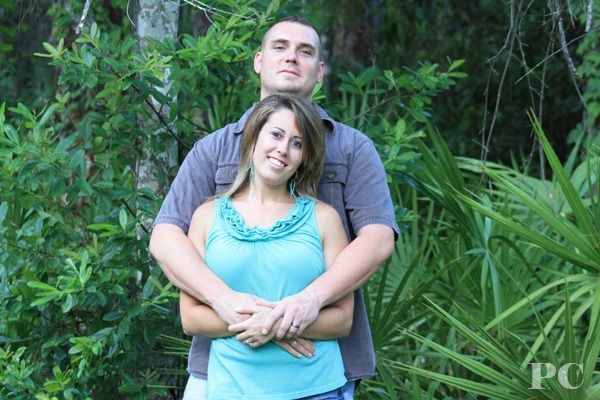 Sure things were a whirlwind.
They didn’t happen the way I ever would have planned or imagined.
We have had our ups and downs – but who doesn’t?
Mike and I have been without at times, had extra at times, but we have always had each other.
Oh and the door knocker? That thing had to go! I love my husband so much –
He may not be a very sympathetic – or neat and tidy person,
but he supports everything I do, he is creative, and he loves me with all of his heart.
We can tell each other anything.
When we don’t see eye-to-eye neither of us is EVER wrong.
We’re dorks.
Our boys mean the world to us,
and is such a great father. 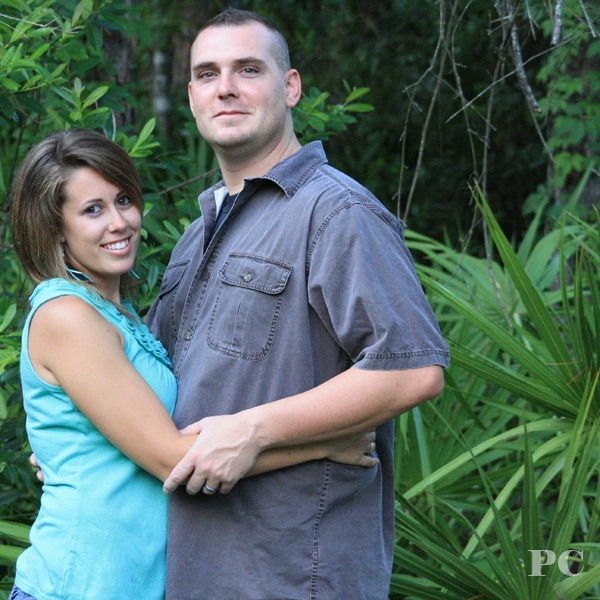 In the past four months Mike has had to learn to be understanding of me and my feelings.
He has had to be there for me quite often.
He has had to say the right things or learn to not say anything at all.
He has watched me cry, listened to me yell, and been there every step of the way.
When I was going through a phase of depression he pushed me to see a doctor.
When we had our miscarriage he hugged me with tears in his eyes.
I know it can be hard to understand the full scope of what is going on when they aren’t happening to YOUR body,
but Mike has tried to have patience and understanding through every step of the way.
I’m truly blessed to have such a great friend and husband by my side.

Please only link up your true writing from the heart. Posts of everyday happenings, love, loss, weight loss, you know – LIFE stuff. (Please do NOT link up crafts, tutorials, or tips because there are plenty of link parties already made for those sorts of things.) I also ask that you kindly link back to Poofy Cheeks in your blog post or add it to your ‘link party’ page!