My husband and I have a favorite German restauarant about an hour and twenty minutes from our house. The last time we were there my sister and I split a huge pretzel with some of their obatzer käse. Obatzer, also known as obatzda is a savory mix between a sauce and dip – the only thing I have to say about it is amazing. Our waitress told us that it is offered in every real Bavarian beer garden. Here is a short story about why my husband and I love German food and culture so much… first of all my husband lived in Germany for a few years as a young boy when his dad was stationed there in the army. He doesn’t remember a lot but remembers some. My maiden last name was Fromm – need I say more? When we started dating we were going to the same college and tried to take as many classes together as we could – one of the classes was German. It just so happens that our teacher, who had to be over 75 and retired the summer after our class was over, would make us sing German drinking songs at the end of class which lead us to find said restaurant. 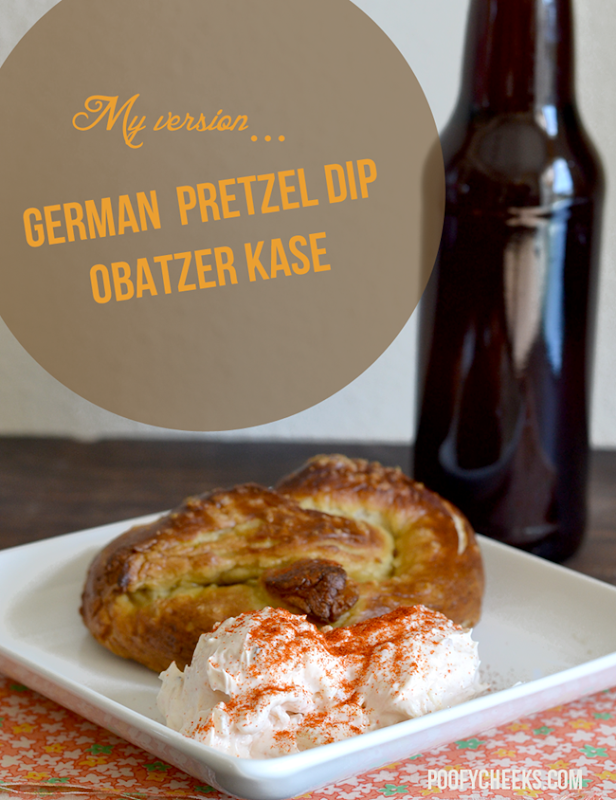 Since the restaurant isn’t very close to our home we had a German night a week ago. We bought bratwurst and I made homemade pretzels with obatzer, spaetzel, and potato pancakes. I was in the kitchen for over two hours making everything but the food was downright delicious when I was finished. I did mention to my husband that he should not get used to such meals because I refuse to spend that much time in the kitchen making one meal ever.again. The pretzels and dip however did not take that long to make so we will be making them again soon. 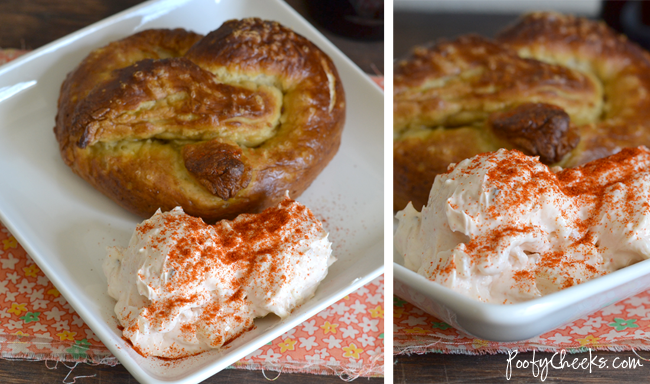 For the pretzels I used Alton Brown’s recipe for homemade soft pretzels. You have to let them rise for one hour and there are a couple of steps but they are well worth it! I tried looking up recipes for the obatzer with little success so knowing the main ingredients I just tried a little of this and that until I got it right. My husband said he couldn’t tell a difference between my version and the restaurant. Ingredients: 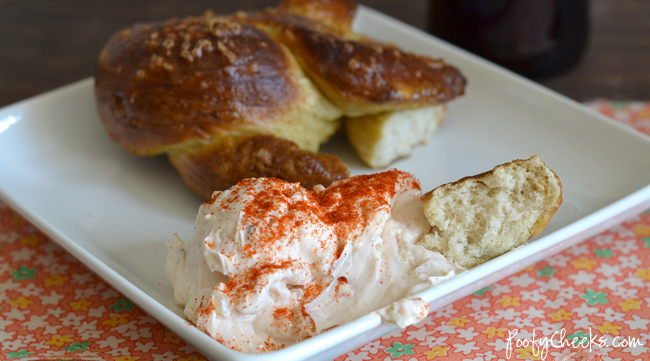 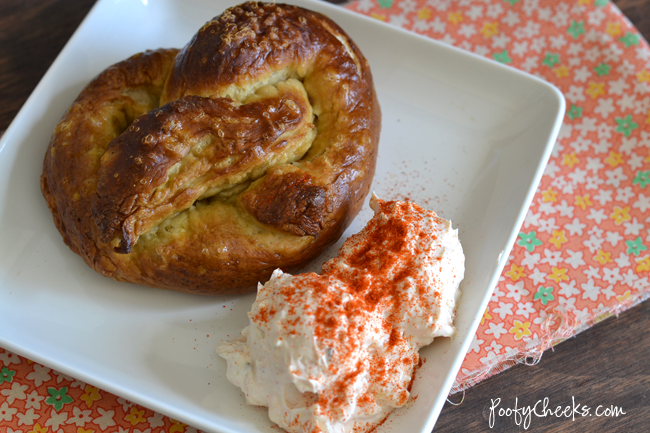