My best friend from high school Evey and I are still very good friends. She lives in Illinois so we don’t get to talk or see each other very often but when we DO talk we can instantly pick up right where we left off. When I moved to Florida she helped me drive down and move my stuff and then stayed for a week before flying back home. During that week we hit up the beach, the pool, a few beachside restaurants and a movie. The night we went to the theaters to see the movie we stopped into a store to pick up candy (because everyone knows they charge 10x more for candy at the theaters!) but what we ended up with was Ben & Jerry’s Chunky Monkey ice-cream. If you would have asked me up until that point how I felt about banana ice-cream I would have probably given you a disgusted look but it is SO good! While home with the kids the other day I made banana M&M ice-cream sandwiches and they were so darn delicious! They were the perfect treat for a hot and humid day. 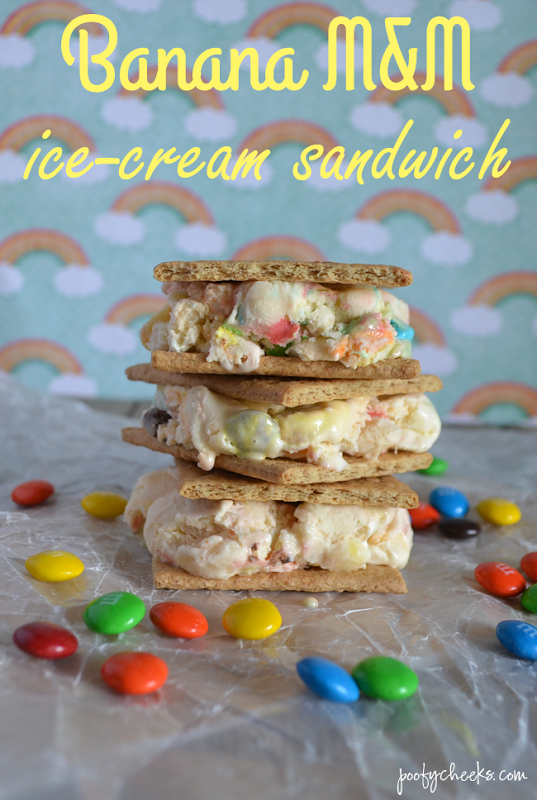 Now whenever I see Chunky Monkey ice-cream I think of Evey and we occasionally text each other to let the other know we are eating some! 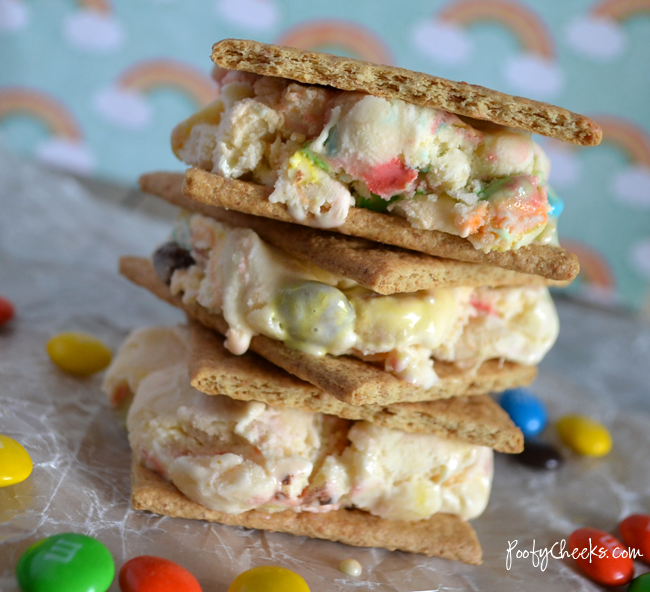 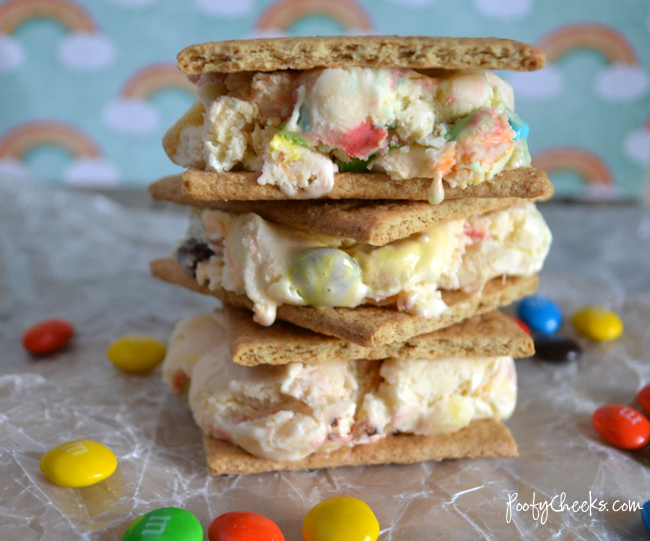 You make the most delicious and easy to make food things on here. I swear I am never sorry when I visit your blog! Thanks!