I have shared my stuffed green pepper recipe on the blog before but it was years ago and I thought it needed a little bit of a revamp. The pictures were taken in horrible lighting and they had a yellow cast on them – didn’t make the pepper look too appetizing if you get my drift. I also made it for dinner last night and needed an excuse to use the new 50mm lens my husband got me for Christmas (he is the best!!).

This stuffed green pepper recipe was handed down to me from my mom and it is one of my all time favorite meals. At one point I was cooking it so often my husband started to groan when I said that we were having it for dinner – I had to put it on the back burner for a few months. Every year when my mom used to ask what I wanted her to cook on my birthday it was either this or fajitas.
For a while my two boys went through the ‘I don’t want to eat the red or green things’ stage but those days are gone and they scarf this stuff down with the rest of us now. Even little 13 month old Delilah went to town on the rice last night! 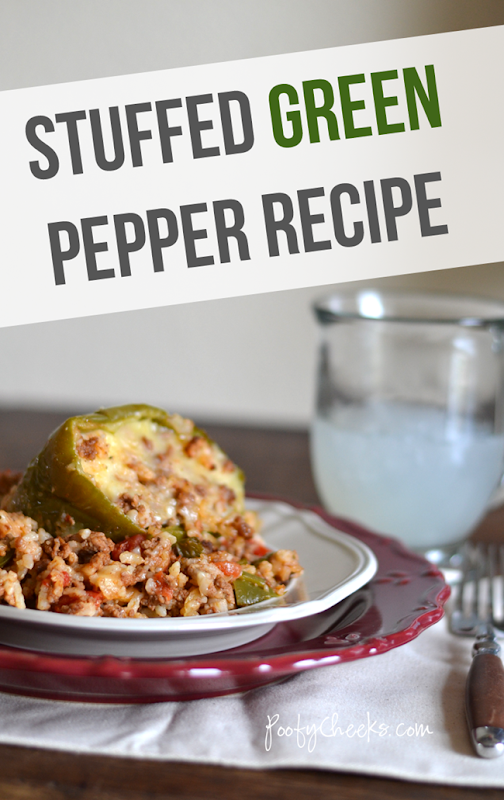 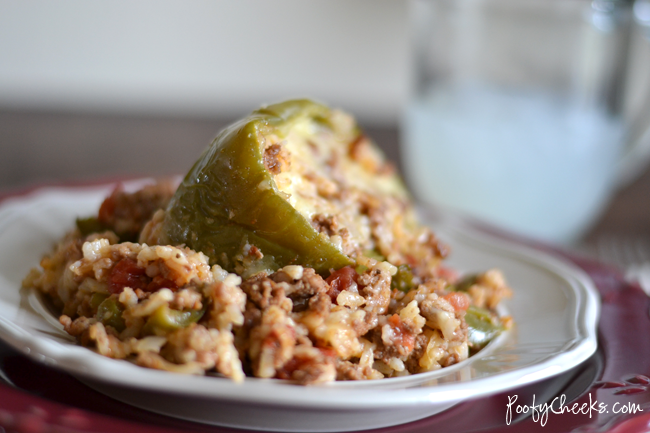 See how delicious this looks? Wouldn’t you request this as your birthday dinner too? 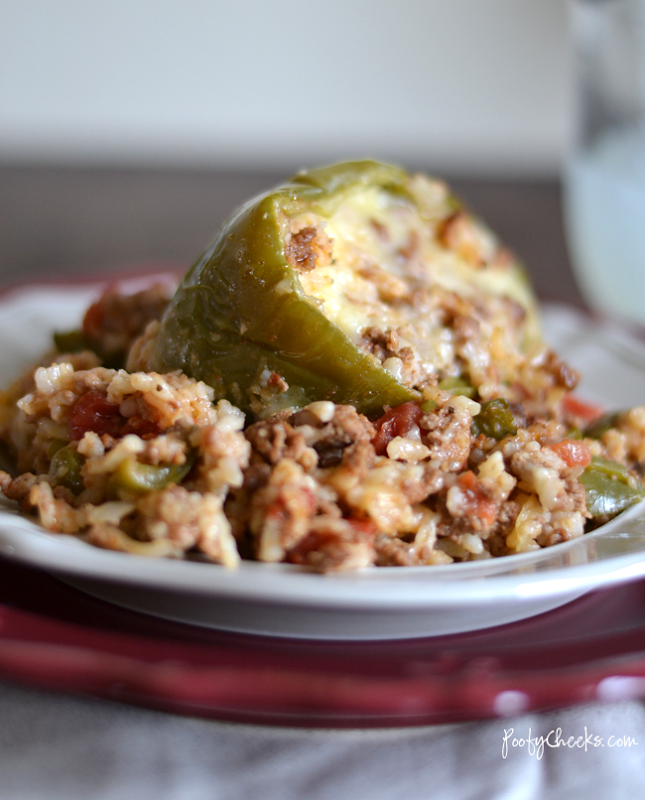 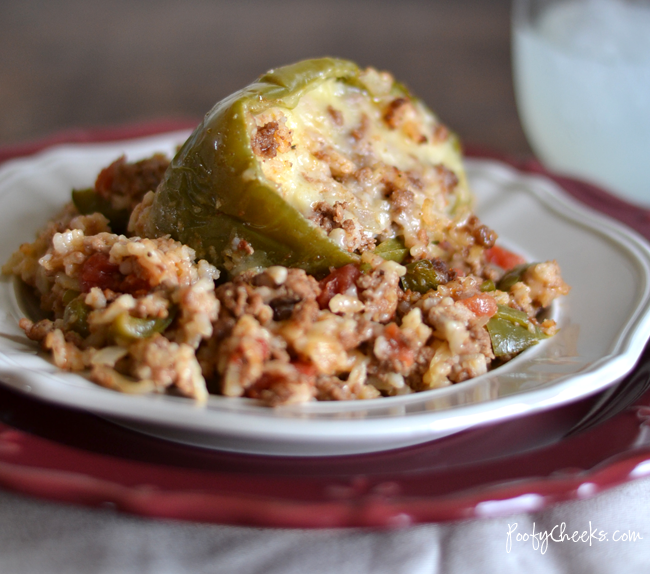 I just made these for my husband and he loved them! Thanks for the recipe!

Just made this for church fund-raiser; super easy and tastes heavenly. Thanks for sharing!

Can I use regular rice instead of instant? What adjustments should I make to the cooking process/lenght?

Hi! I am not sure exactly how much longer you will need to bake the peppers if you use regular rice but you definitely need to bake it longer. I made them that way once and had issues with some of the rice still being crunchy even after cooking an additional twenty minutes. Sorry I can't be of more help!

These look so good; I can't wait to try them! Your directions are very clear and make it even that much easier for a novice like me. Thank you so much......Rick Ghent St. Louis, MO