Today’s post is sponsored by Zephyrhills® Brands Sparkling Natural Spring Waters – You know the thing about being a mom is that sometimes we need time outs too. There isn’t anyone to administer the time out so we have to have the pride to tell ourselves it is time to step back and take a short break. Just as my kids need a time out after constant bickering over toys, raising their voice with me or acting like an untamed animal in the grocery store I have found that I too need a little time out here and there. Sometimes even I, the mom, raise my voice or feel as if I could act like an untamed animal if I have to listen to one more wipe my butt, tell him to stop talking to me, or the infamous I didn’t wake Delilah up, she woke up herself. 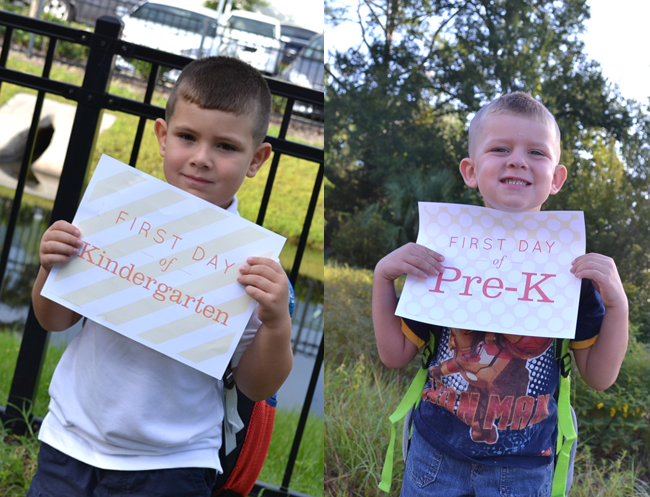 Which leads me to this week. I thought this week would be a breeze. For weeks I literally daydreamed about how wonderful yesterday was going to be. To my surprise I think the first few days of this week have been even more stressful than the entire summer home with the kids. Mason started preschool on Monday and Wyatt started kindergarten yesterday. I thought I would drop them both off and have three glorious hours to get things done until I had to go back to pick up Mason. I wasn’t putting everything into perspective. My husband had surgery on Monday and is still in the hospital. He probably won’t come home until tomorrow or Saturday. They have had him on so many pain killers the past few days he can’t focus, hold a conversation or keep his eyes open. When I am not dropping the kids off or picking them up from school I have tried to be with him in the hospital. He missed the boys’ first days of school and not having him to talk to has been really hard for me. We are best friends – we talk about everything – he is the type of dad that stops whatever he is doing to do things with the kids and be there for all of their activities. I tried telling him about Wyatt’s first day but he fell asleep and literally started snoring in the middle of it. Pour a new routine, new school, not enough sleep, sick husband, baby who fights taking naps, just me and the three kids all in one bottle – shake it up and you get a mommy who really needs a time out so she can get back to enjoying happy moments! Yesterday evening I put the boys to bed a little earlier than normal, got Delilah to sleep and decided even though I had a million things I SHOULD be doing I was going to take ten minutes for me. I pulled out a Zephyrhills­® Brands Sparkling Natural Spring Water from the fridge, stuck a pretty straw in it and painted my finger nails in silence. I felt so refreshed afterwards that I was able to happily get some sewing done while all three kids slept. As I was sewing I thought about how taking time out for myself is something I NEED to do on a more frequent basis. Those ten minutes alone left me feeling energized, refreshed and happy. I think I might put the kids to bed a few minutes early again tonight and {GASP!} read a magazine. How do you step back, take a break and remain cool and collected?

Awww....I'm sorry. Going solo is hard in and of itself, let alone when you have to worry about your other half.