Life often gives us blessings in disguise.
Though we may not initially choose to think of events in our life this way –
We often do after we are given time to reflect.
Yesterday I had a miscarriage.
I’ve tried to do everything possible to stay busy – and keep my mind on other things.
It isn’t working because I am reminded of it by the minute.
I have prayed over and over about it. We were so busy during December I didn’t ever stop to think about my monthly friend until after Christmas.
I figured I would wait a week and see what happened – but nothing happened.
When I went to do some grocery shopping I picked up a pregnancy test and brought it home.
I didn’t tell Mike I had bought it, I just snuck into the bathroom.
We found out on January 2nd that we were pregnant.
Even though this wasn’t exactly planned – Mike and I were extremely excited. 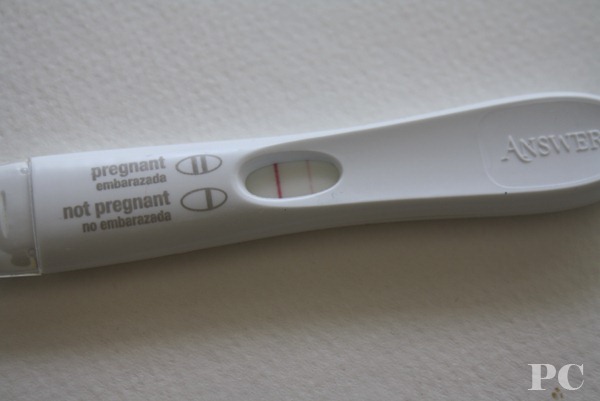 I took a picture of the test because this was how I wanted to announce it to you all.
I had planned to announce it on Tuesday after our doctors appointment if we were as far along as we thought.
We had told our families and a handful of friends – which now feels like a million people.
Mike had been thinking up baby names – especially boy names.
I had been pinning ways to document our pregnancy through pictures and journaling.
We said we were going to buy one box of diapers and one pack of wipes each week.
Now I have Johnson and Johnson soaps sitting in my pantry.
We were preparing.

Monday night I laid on the couch watching some TV and was having a cramping feeling.
Forward to Tuesday morning.
I woke up late as we were all very tired from our trip to Georgia.
I came to the computer to write my ‘Let’s Do Lunch’ post so that I could get it up by noon.
As I was sitting at the desk I felt some strong cramping again, but I just figured it was normal.
I remember having a cramp sort of feeling with the boys and the doctor told me it was from everything expanding.
I was done with the post by 11:30, so I checked my emails and pinned a little.
Noon hit, so I checked to make sure everything worked for the link party and then I headed to the shower.
Our appointment was at two and they told me to be thirty minutes early.
By this time Mike was up and he was running the boys a bath and had the shower on for me.
On my way into the bathroom I stopped to pick up a pair of shoes and then I could barely stand back up.
The pain was sharp.

I undressed, took off my glasses, and then felt the urge to go to the bathroom.
When I looked down there was blood in the toilet – big drops.
I immediately called Mike and started crying through my now-blind-eyes.
He calmed me down and told me to call the doctor.
They told me to come in when I could, so I showered and then I got out to dry off.
I had blood running down my leg.
I cried more.
Wyatt, my four year old asked why I was crying.
I told him I wasn’t feeling well.
He proceeded to ask me if the baby bit my tummy-
I replied no that the baby was sick.
He then asked if it threw up inside me.
Kids I tell ya!
They can always bring a smile to your face with the things they say.

After an ultrasound and talking with the doctor they confirmed our worst fear.
We had lost the baby.
I never heard the heart beat, I didn’t get to feel the movements, nor see the little body.
Though my heart will forever hold a spot for you.
I loved you before I ever knew you one thing about you. 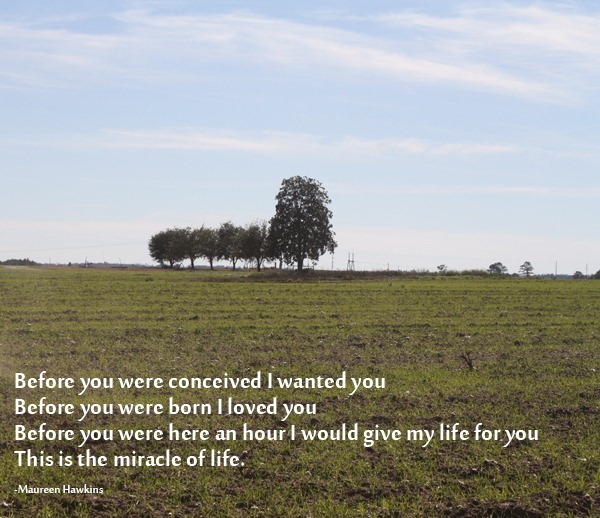 oh hun. i can't even imagine. praying for you right this second.