Nothing says FALL like a batch of apple dumpling cobbler and a big glass of apple cider to go with it. The smell alone is enough to make me weak in the knees.

Making this cobbler is a staple on our fall bucket list every year. On a cool fall night after a hearty dinner like Chili and Cornbread this is the perfect dessert. My favorite part is the cobbler-like crust which absorbs the cinnamon and nutmeg syrup. 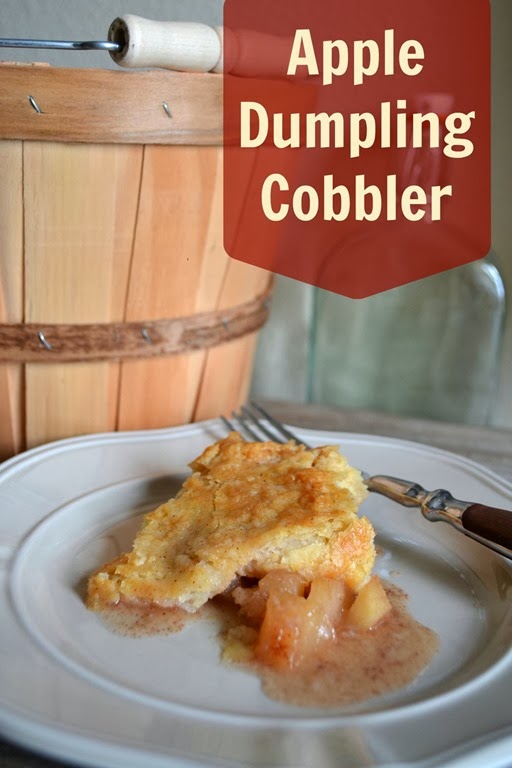 Lately I have been doing most of my grocery shopping at our Super Target since it is the closest to our house. They have had a really good selection of apples at the front of the produce section so I grabbed a bag of Macintosh. You want to use a good fresh baking apple for this recipe – jonamac, macintosh, honeycrisp or whatever your favorite is! 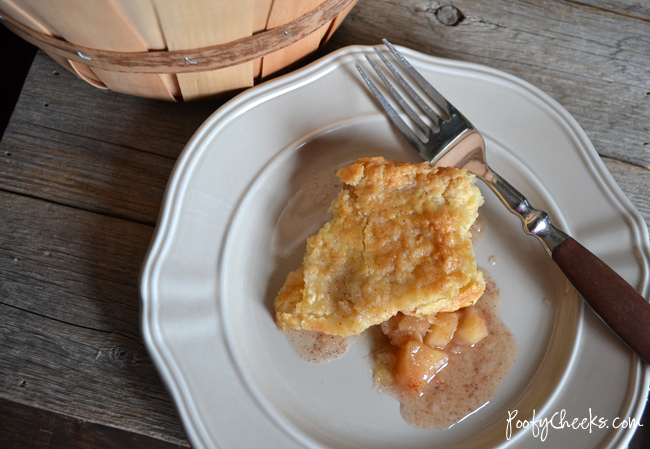 Thank you to my mom for being such an awesome cook and passing this recipe down to me! 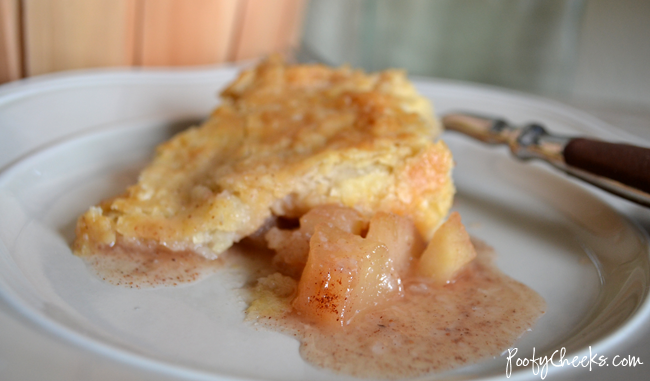 Man...this looks delicious! I love anything apple, so I am in love with this recipe. Thanks for sharing! This would be great to link to Create It Thursday #23…it's live now! Hope to see you there!